Buying a house can put pressure on many things: your bank account, your sanity, your liver, and possibly your marriage. Like pretty much anything about sharing your day-in/day-out life with a single other flawed person, who has a unique make-up of opinions, quirks, bodily functions, pet peeves, and irritating habits, the biggest purchase of your life can make you want to throttle your spouse. And I mean literally wrap your fingers around his neck and squeeze until he passes out or he agrees to let you have a walk-in pantry in the kitchen, whichever comes first.

It’s a scenario I’ve seen time and time again. A happy couple hires me to find them a house. At the first meeting it’s all smiles, hope, and cocktails. By the time we’ve seen 30 houses it’s clear they are actually shopping for two separate and distinct houses. Their Venn diagram doesn’t overlap. After 75 houses and 6 months the husband is pantomiming a hanging noose when we pull up to every listing and if the wife could roll her eyes any harder they would fall out of her head. They aren’t holding hands anymore. Their posture is defeated. All hope has drained out of their faces. Cocktails are merely to dull the misery.

The point is, being hauled away to county lock-up for suspected murder, or filing for divorce while you’re in escrow, could potentially hamper your home-buying dreams. Additionally, if you successfully make it to the escrow finish line and receive your keys, but in the process come to loathe and resent everything about your spouse, it will make living in the house you worked so hard to buy sort of awkward.

In order to avoid the awkwardness of murder and divorce in this complicated situation, I’ve put together a list of tips on how to navigate the difficulties of a real estate transaction while avoiding pitfalls that could lead to lots of nights on the couch watching Skinemax alone.

1. Keep carbs and sugar on hand.

Seeing 8 houses in one day is both mentally and physically exhausting, but sometimes necessary. Low blood sugar in addition to exhaustion is basically a recipe for hating everyone and everything you’ve ever loved. At 1pm, after 6 houses in July, if I haven’t had lunch, I could be married to Ryan Gosling and I’d want to knee him in the junk if he suggested I could maybe live without a gas stove because he really needs an RV gate. It’s not rocket science, people: Granola bars save marriages. 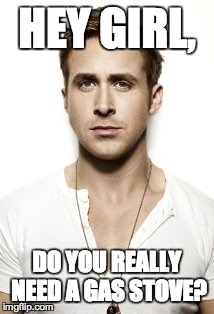 YES, RYAN, I REALLY REALLY DO. DO YOU REALLY NEED YOUR STUPID FACE I HATE YOU *sobs incoherently*

2. Carefully monitor your tone of voice.

3. Try to see things from your partner’s perspective.

At some point, it’s pretty likely you’ll come to an impasse (whether it be small, or large) where everyone starts losing his and her collective shit. She is adamant on living in a particular area, and he is adamant the prices are too high in there. She’s starting to wonder how she never noticed he’s such a cheap, insensitive prick. He’s questioning when she turned into such a snotty, uncompromising bitch.

Woah, WOAH, guys. Take a deep breath and think about your spouse’s motives. Is she really just wanting to live the high life outside of your means? Is he seriously trying to control you by pulling the ‘I make more money’ card? Or is her long-ass commute killing her hour by hour, in long lines of creeping traffic while she gets an ulcer with worry it will be the day she doesn’t get to daycare on time to pick up the kids, and this other neighborhood would shorten her commute enough to make life worth living again? And is he feeling the stress of being the one who looks at your finances more often and down deep is utterly terrified of becoming house-poor and unable to pay the Total Wine credit card when it comes due?

In a household, everyone has different responsibilities. Sometimes it helps to remember the ones your spouse has been taking care of for you, and how it affects his or her life and needs… even if you’re pretty sure he’s kind of being a baby about it and needs to get over it.

I feel strongly a Pros and Cons list can really help to distill why a house is going to work or not for your family. Here’s how I recommend going about it:

Step 1 – Go to your favorite happy hour spot (Joyride Taco works for me). Order a cocktail and appetizers. Do not move on to step 2 until the food and drinks have arrived.

Step 2 – Get out two pieces of paper. Each take one and separately, without sharing info, list the pros and cons of the house in question. Drink entire first cocktail.

Step 3 – Order another cocktail and while you’re waiting for it to come, go over your lists together. On a third piece of paper make a combined list of the pros and cons. Before you start the second cocktail (when math starts to get a little hairy), assign each of the items a number value based on how important they are. Like, a pro of, ‘in a cul-de-sac’ might be moderately important, so it gets a 4, but the pro ‘best yard we’ve seen’ could get an 11 because yard is something you’ve determined is high on your equal list of priorities.

Step 4 – Add up the column totals, have three more cocktails each and call an uber to take you home while it gradually becomes clear why you should or should not buy the house in question and that you still super love her because she’s such an adorable nerd when she’s drunk, and she totally still finds you super sexy.

5. Realize the process isn’t about beating the seller.

Contract negotiations are often competitive and can bring out the need to win in certain personality types. If you’re one of these, it’s good to remind yourself in 10 years no one will remember you got the seller to throw in the old ratty patio furniture he wanted to take, but your husband might never forgive you if you lose the house completely over shit you don’t really want anyway. Which brings us to #6…

6. Ask yourself if this particular house/feature/neighborhood is worth having your spouse hold it against you for the rest of your marriage.

You know there are things you’ve done your spouse will never forget. Things your spouse feels like crossed the line, and if you could go back and undo it, you ABSOLUTELY WOULD JUST TO SHUT HER UP ABOUT IT FOR CHRISSAKES, IT’S BEEN 11 YEARS. That time he refused to stand up to his mother for her… When she bought a car without even consulting him, shit like that.

At some point, you may feel like you are so desperate for a particular house or feature, and so convinced your spouse will eventually agree you were right to want it, you decide to use all of your spousal weight to wear him or her down, rather than making the decision mutually. I’m not saying this is never the right way to go. It’s possible you really do know your husband, and he just needed you to make that extra push in the right direction. But I’d caution, before doing this, to ask yourself if it’s worth it to have him hold it against you forever if he’s not happy. It’s one thing to make a bad decision together, it’s quite another to be left holding the bag alone when it goes wrong. It’s how the kind of resentment that will ruin a relationship is born.

7. Sit down and write out a budget.

Like a Pros and Cons list, writing a budget together (probably over fewer cocktails because math) can help both clarify and relieve fears. Often one partner has a better idea, going in, of what the money situation looks like. Getting everyone on the same page, and agreeing together what concessions can be made as a household to allow for more expenses, is a great way to relieve tension, pressure, and resentment.

I always like to end all relationship advice with this one. It’s not particularly related to buying a house, but I’m pretty sure it cheers almost everyone up, and as your Realtor, I like cheerful clients.

So there you go! Go forth and happily buy houses!

I’m a Real Estate Agent. And a Mom. 47% of one and 53% of the other. I’m not telling which is which. I have a compulsive need to confess my embarrassments and failures. I love Pinot Grigio and bacon equally. If someone would just make a Pinot Grigio with Bacon top notes I would stand in line to buy it. So get on it, People. Learn more about me.